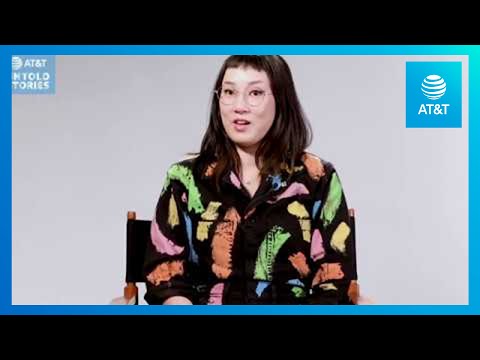 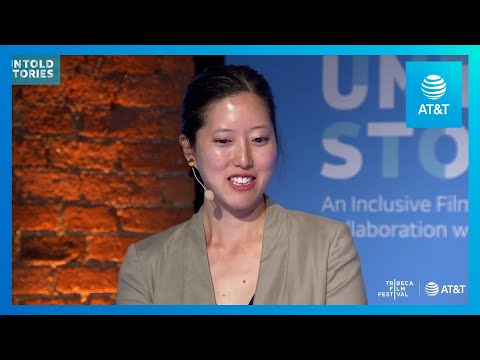 Kate Tsang has a story to tell. And AT&T just awarded her $1 million to help tell it.

Tsang is the third filmmaker to receive a $1 million grant from AT&T Presents: Untold Stories. An Inclusive Film Program in Collaboration with Tribeca, along with the year-round nonprofit Tribeca Film Institute.

Tsang impressed the Untold Stories Greenlight Committee, made up of industry leaders and film experts, with her vision for her project “Marvelous and the Black Hole” at this morning’s live pitch event in New York City.

The committee heard pitches from 5 finalists, deliberated and named Tsang as the winner. Her win was announced at an event today celebrating diversity and inclusivity in storytelling.

“We are convinced that the five filmmakers we heard today will all be making their films – because of their determination, forthrightness and vision,” said Fiona Carter, AT&T Communications Chief Brand Officer, on behalf of the Greenlight Committee. “We were struck by Kate Tsang’s command of story and subject.  We admire her film’s universal appeal and singular imaginative concept. It has a lively spirit, a nuanced balance of humor and emotion, and is a perspective you don’t normally see on screen.”

What’s next? Tsang will now use the next year to create or finish her film. It’s a story about teenage delinquent Sammy Ko, who teams up with a surly children's party magician on a bizarre adventure to navigate her tumultuous home life and inner demons. A coming-of-age comedy that touches on unlikely friendships, grief, and finding hope in the darkest moments.

AT&T and Tribeca will also help her with awards submissions, qualifying screenings and promoting her film.

Tsang’s film will premiere at the 2020 Tribeca Film Festival, and AT&T and Tribeca will work with the filmmaker on a distribution strategy.

AT&T will give the other four participating filmmakers $10,000 each to achieve their film goals.

Plus, of the four remaining finalists, Kaliya Warren, writer and director of Expatriates, received the most votes on Twitter and is the winner of our Film Fan Favorite. AT&T will award the filmmaker an additional $40,000 grant to produce her film, for a total grant of $50,000.

Congratulations, Kate Tsang! We can’t wait to see your film’s premiere at the 2020 Tribeca Film Festival.